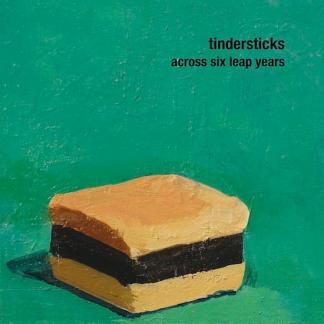 Tindersticks – Across Six Leap Years
Across twenty-one musically vibrant years, the band from Nottingham marks their anniversary with the release of their tenth studio album. Across Six Leap Years  becomes part  of the proud list of albums recorded in Abbey Road Studios by bands as famous as The Beatles or Pink Floyd. The sound of a band can change over twenty years and if these ten songs from the past were first recorded today, this is how they would sound.

The message that this isn’t an attempt to correct old songs is established by the first two tracks. Both Friday Night and and Marseilles Sunshine retain their originality while gaining fresh layers of new sound. Stuart Staples’ baritone voice keeps seductive and sentimental with a new sense of confidence, only a result Abbey Road studio can bring. He has one of those riveting voices that you would find yourself being hooked by its timbre even if he was just reading a shopping list out loud.

The new ending of Sleepy Song with the dithyrambic trumpets, violins and cymbals, is almost like an emotional outburst of the song itself after being trapped for many years in a pre-sleep state. Dying Slowly, originally written as a response to Cobain’s death, seems to lose its former negation of life and becomes, instead, an emotional narrative that tells a story. If You’re Looking For a Way Out brings a new swing and Say Goodbye To The City gains new life with the female vocals.
With two decades of experience, reworking old songs while keeping their essence solid can yield great outcomes. On this occasion, even if the only difference had been the Abbey Road recording, undoubtedly it was worth it.  This album is for fans and for fans only.

albums check this out gigs interviews news
Follow My Life in gigs on WordPress.com
My Tweets